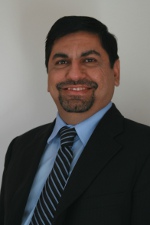 Dr. Kush Gulati has a combined experience of 15 years in the areas of high performance analog circuits design including analog-to-digital converters. In 2001, he helped co-found Engim, Inc., a wireless communications start-up based in Acton, MA, where he led their mixed-signal/analog group developing high-speed and high-resolution data converters. Prior to co-founding Cambridge Analog Technologies he was with Bitwave Semiconductor, a startup developing wireless handsets based on software defined radio techniques, based in Lowell, MA, where he was the Director of analog and mixed-signal development.

He received the Ph.D. degree in electrical engineering and computer science with a Minor in business from the Massachusetts Institute of Technology (MIT), Cambridge, the M.S. degree in electrical and computer engineering from Vanderbilt University, Nashville,TN, and the B.S. degree in electronics and communication engineering from Delhi Institute of Technology (now NSIT), New Delhi, India. His doctoral research at MIT was directed towards the design of a low-power reconfigurable analog-to-digital converter. From 1993 to 1995, he worked on circuit techniques for minimizing susceptibility of DRAMs to alpha particles and cosmic ions.

Dr. Gulati has numerous publications and patents in the area of circuit design. His current areas of interest are high-speed/ high resolution data conversion and high-end analog circuits. While at MIT, Dr. Gulati received the Maxim Integrated Products Fellowship and the Analog Devices Outstanding Student Designer Award. He currently serves on the Technical Program Committee of the VLSI Circuits Symposium.