Irrationality for the Semiconductor Industry 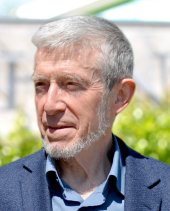 Operational chairman and founder in 1984 Chief Executive Officer of subsidiaries in Montreal (Quebec, Canada) since 2007 and Netanya (Israël) since 2009, as well as that of holding company Sarl Fontclaire. Supelec (1963) and Stanford PhD (1968), with a five years managerial experience in the United States at Digital Equipment Corporation (DEC) in the seventies, then Project director for Microelectronic at Thomson-EFCIS in the early eighties. Board member of Balzac Jacquart (Industrial Services).